SHORE EXCURSION FROM LIVORNO TO SIENA AND SAN GIMIGNANO.

Shore trips from the port of Livorno to Siena and San Gimignano with private driver.

Meet the driver at the Livorno cruise facility and set off to Siena, a World Heritage site and one of the most charming towns in Tuscany.

Siena in one of the medieval towns that remained almost untouched throughout the centuries, here still takes place in July and August the ancient and amazing horse-race called Palio di Siena.

Once arrived have some time on your own for exploring the historic center: Piazza del Campo, Duomo Square and the lovely alleys all around those two main venues.

At lunch, you may choose to remain in Siena and savor some local specialties in a local Osteria, or meet the driver who will advise a good winery for tasting the local wines. 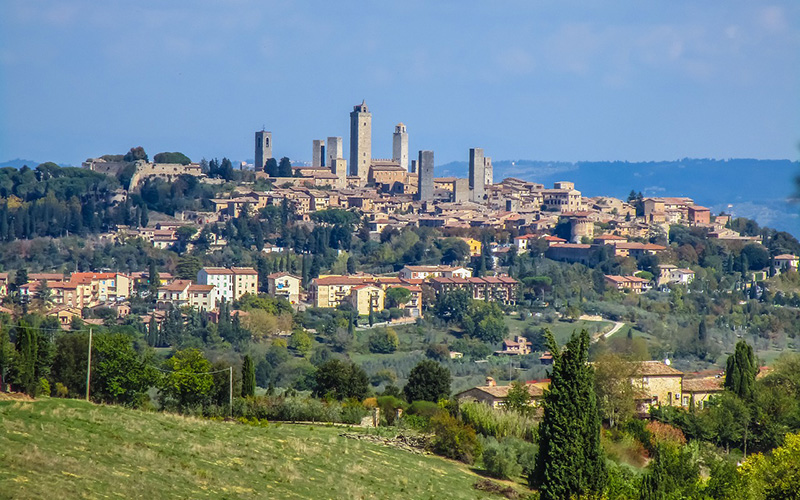 In the afternoon get to San Gimignano, another UNESCO site of Tuscany. This town is also called “The Medieval Manhattan” due to the high number of tower-houses (800 years ago they were many more) still standing and characterizing the skyline of San Gimignano.

Head back to Livorno.

We will do our best to reply in 24 hours

Shore Trips from other ports

They are professional chauffeurs fully licensed for the commercial transportation of people (NCC), they are reliable, informative and English-speaking.
They have a good knowledge of the areas, during the trip provide basic information about the history, the culture, the spirit of the region and relative sights.
During the tour they drive guests as close as possible to each town center; if necessary they provide maps and information for making guests enjoy the area at their own pace, but they don’t show around to guests.
They can point out the right restaurants or will simply ensure that guests get out of their trip whatever you are looking for, sights, landscapes, shopping etc.
Remember that your driver is not a tourist guide, the only professional allowed to explain (by law) in the historical city centers and inside a museum, church, etc.

By law, they are professionals examined and licensed by the Province to accompany tourists during the visit of a certain area.
They deeply know their own town and surrounding areas; they have knowledge of art, archeology, history but even of local food and wine, uses, customs, and traditions.
Naturally they are even able to advise a restaurant or simply ensure that guests get out of their trip whatever you are looking for, fun, culture, sights, landscapes, shopping etc.

You can find out more about which cookies we are using or switch them off in settings.

This website uses cookies so that we can provide you with the best user experience possible. Cookie information is stored in your browser and performs functions such as recognising you when you return to our website and helping our team to understand which sections of the website you find most interesting and useful.

Strictly Necessary Cookie should be enabled at all times so that we can save your preferences for cookie settings.

If you disable this cookie, we will not be able to save your preferences. This means that every time you visit this website you will need to enable or disable cookies again.

This website uses Google Analytics to collect anonymous information such as the number of visitors to the site, and the most popular pages.

Please enable Strictly Necessary Cookies first so that we can save your preferences!